Matthias Kuechler
The title of this article will raise a few eyebrows – snakes and advertising – how does that fit? But it fits indeed. In ancient Greece, the snake was a symbol of medicine. Throughout medical history, the snake appeared wrapped around a staff (Rod of Asclepius Fig. 1) or with a bowl (Bowl of Hygieia Fig. 2). So, the serpent became an advertising icon for sick people who looked for medical help. Health insurance was not yet available. This symbol was so powerful that it has survived quite unchanged through the centuries, as two German pharmacy signs (Fig. 3–4) from the second half of 1800 and a tourist voucher for the German health spa Bad Sulza (Fig. 5) show. Also, in direct marketing" of medical products, snakes started to play a smaller role at the beginning of the 19th century. Here they stood for the positive (healing) aspect (Fig. 6–8) as well as for the harmful (aggressive, sickening) side (Fig. 9–11). Especially the anti–vaccination polemic (Fig. 12) experiences an ad rebirth today. 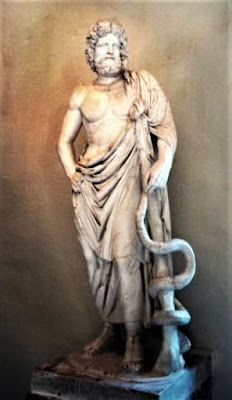 Fig. 1. Asclepius with his serpent-entwined staff ( 4th century BC, temple in Epidaurus, Peloponnese) Today it can be found in the Archaeological Museum of Epidaurus.

Fig. 2. Hygieia (goddess of cleanliness and sanitation), Italy, either Ostia or Rome, 2nd century AD Roman copy, after a Greek original of 360 BC. Today it is in the W. R. Hearst Collection. 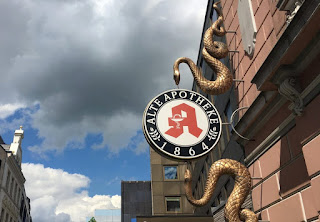 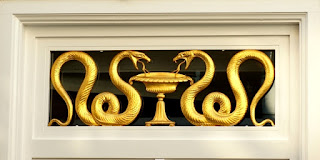 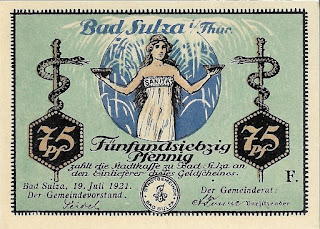 Fig. 5. A tourist voucher dated 1921 of the German health spa "Bad Sulza“. Against this voucher the entrance fee was reduced by the amount stated on the voucher ( 75 Pfennig - today a pittance, but at this time a considerable amount). 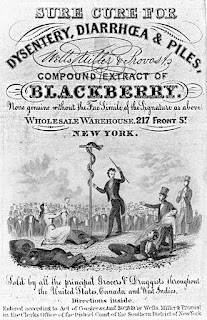 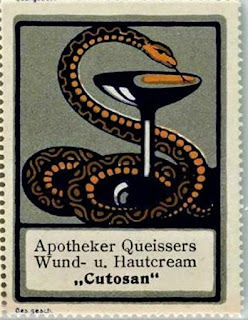 Fig. 7. Germany, approx. 1920 - pharmacists ( here Mr. Queisser ) at this time still used to mix most of the salves and ointments on their own. The advertising vignettes were then put on the packages like stamps.

Fig. 8. This advertisement from 1888 by Sackett & Neat, New Albany, Indiana speaks quite clearly for itself. Again we find Hygieias bowl and the snake.

Fig. 9. Here the German company "Disinfection Factory" in the town of Dresden advertises its products : General Disinfectant, Insectizides and a special disinfectant Christmas edition with conifer scent. That got them an award on an international fair in Rome 1912. 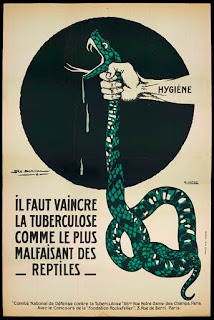 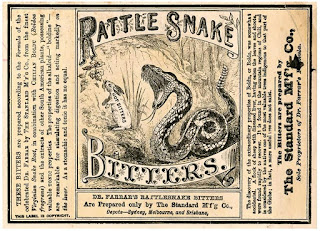 Fig. 11. Advertisement in an Australian  newspaper late 19th century. Bitters originally developed as patent medicine ( cured everything, probably even the effects of snake bite!), but today is mostly used as a digestif. 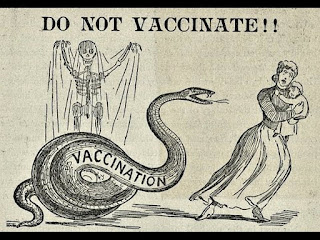 Fig. 12. Anti-vaccination (against smallpox) cartoon, UK 1894, source : The Historical Medical Library of the College of Physicians of Philadelphia.

Email ThisBlogThis!Share to TwitterShare to FacebookShare to Pinterest
Labels: Ephemera