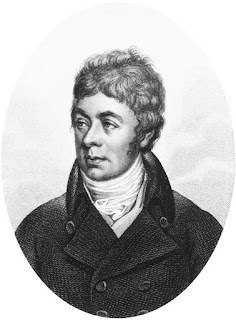 The Naturalist's Miscellany: Or, Coloured Figures of Natural Objects; Drawn and Described Immediately From Nature was published in 24 volumes between 1789–1813. It was authored by George Shaw and the text is in both Latin and English. The illustrations were done by artists and engravers Frederick Polydore Nodder and Richard Polydore Nodder. The publisher was Elizabeth R. Nodder. The information below is edited from Wikipedia

George K. Shaw (to the left) was born at Bierton, Buckinghamshire, and was educated at Magdalen Hall, Oxford, receiving his M.A. in 1772. He took up the profession of medical practitioner. In 1786 he became the assistant lecturer in botany at the University of Oxford. He was a co-founder of the Linnean Society in 1788, and became a fellow of the Royal Society in 1789. In 1791 Shaw became assistant keeper of the natural history department at the British Museum, succeeding Edward Whitaker Gray as keeper in 1806. He found that most of the items donated to the museum by Hans Sloane were in very bad condition. Medical and anatomical material was sent to the museum at the Royal College of Surgeons, but many of the stuffed animals and birds had deteriorated and had to be burnt. He was succeeded after his death by his assistant Charles Konig.

In 1794 Shaw published "Zoology of New Holland," one of the first English descriptions Australian animals. He was among the first scientists to examine a platypus and published the first scientific description of it in The Naturalist's Miscellany in 1799. In the field of herpetology he described numerous new species of reptiles and amphibians.

Elizabeth Nodder was a 19th Century publisher of the illustrated The Naturalist's Miscellany. However, she is listed in the database of Scientific Illustrators as an artist. She and her husband, Frederick Polydore Nodder collaborated in the publishing of this work, until his death circa 1800, when she continued to publish further volumes in the series, with Richard Polydore Nodder (their son) as illustrator.

The first reptile illustrated in Volume 1 was the "Painted Snake" 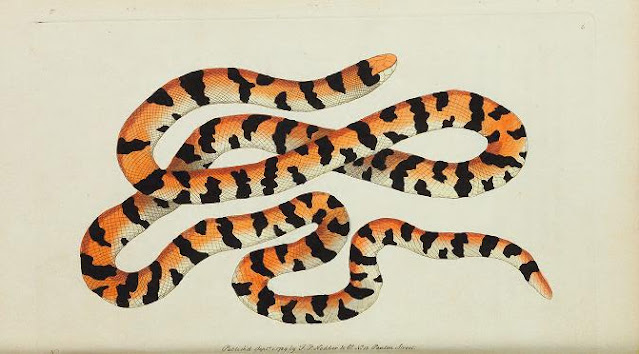 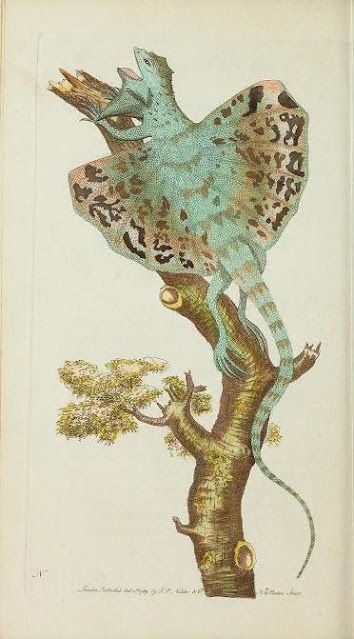 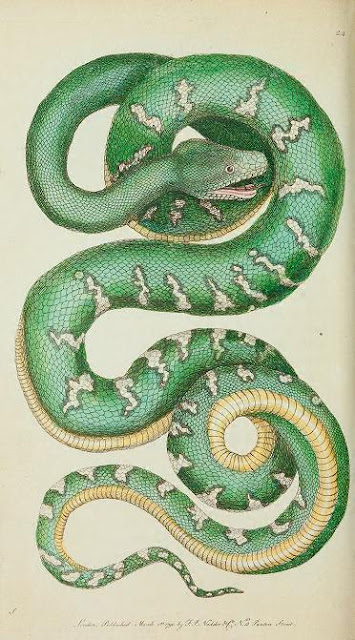 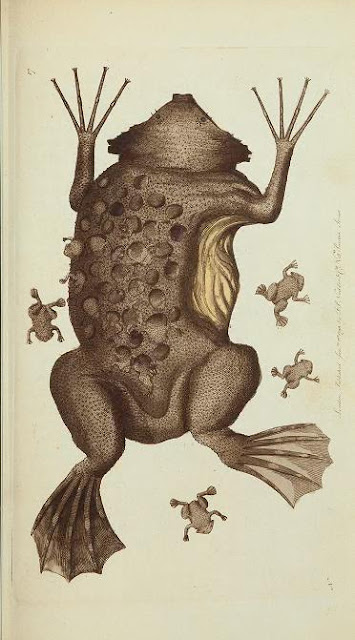