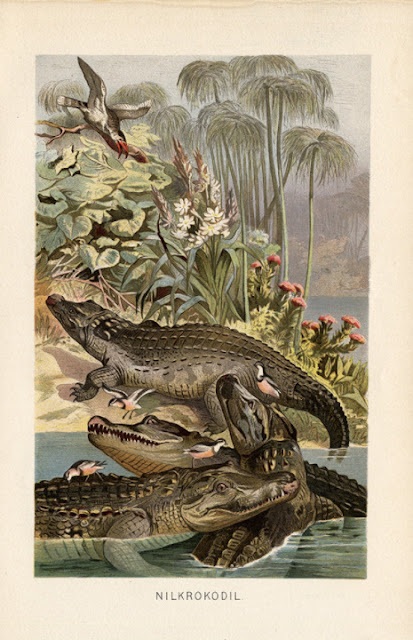 The Nile crocodile (Crocodylus niloticus) is the largest African Crocodile, and the second largest crocodile alive today. It is native to freshwater habitats in Afric. Due to its widespread occurrence and stable population, it has been listed as Least Concern on the IUCN Red List since 1996. It is widely distributed throughout sub-Saharan Africa, occurring mostly in the central, eastern, and southern regions of the continent, and lives in different types of aquatic environments such as lakes, rivers, swamps, and marshlands. Although capable of living in saline environments, this species is rarely found in saltwater, but occasionally inhabits deltas and brackish lakes. The range of this species once stretched northward throughout the Nile, as far north as the Nile delta.
on August 17, 2021