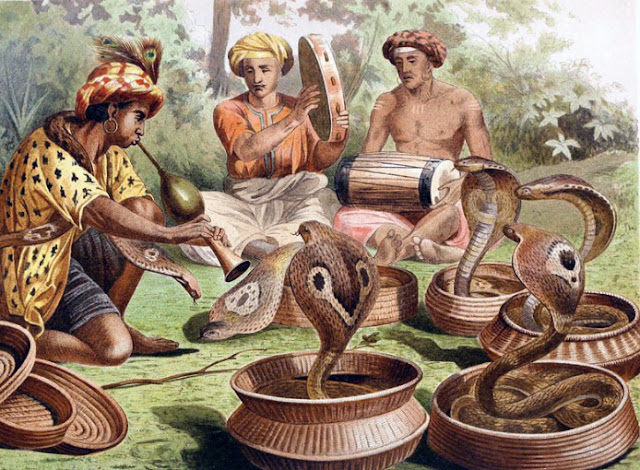 Traditionally, snake charmers in Bengal belong to the Bedia community, a tribe famous  for its involvement in India's snake charming culture for thousands of years. Snake charmers are known for concocting herbal medicines obtained from the forest and for spending hours on incantations. The poor, illiterate villagers revere snake charmers’ medicinal knowledge and power to communicate with the Gods and cure complicated ailments. Snake charmers claim they belong to a sect founded centuries ago by a monk, Guru Gorakh Nath. The village in eastern India where Gorakh Nath lived gradually developed into a town and later into a city, Gorakhpur. Snake charmers were concentrated in Gorakhpur, but as time passed, they spread and settled in different places. A 1972 Indian law forbids anyone to keep a snake, but it hasn't been enforced much in the case of snake charmers until recently. Snake charming has now been outlawed throughout much of India.
on July 20, 2021