The 2018 Society Business Meeting was held in conjunction with the Joint Meeting of Ichthyologists and Herpetologists at the Riverside Convention Center in Rochester, New York, USA, July 11 to 15, 2018. ISHBH arranged an excursion on Thursday 12th July to The Ward Project at one of the campuses of the University of Rochester. Robert L. Minckley, Department of Biology, guided the tour. 11 members and one guest attended the excursion.

The third largest American museum by 1879 was at the University of Rochester. The items in the museum had been purchased from Professor Henry A. Ward, a Rochester faculty member from 1862-1875, who founded Ward's Natural Science Establishment in 1862. Ward supplied "cabinets" – specimen collections carefully chosen and presented in glass and wood cases – to colleges, universities, and museums. The Ward Project, a new collaborative initiative, aims to document Ward's impact on scientific study and education, and acknowledge his enduring legacy. Between 1862 and 1906, Ward's Natural Science Establishment was the pre-eminent supplier of specimens to museums, colleges, and universities around the world. The goals of the Project are: to share the history of Ward and the company; to assist institutions in verifying the provenance of their holdings; to recreate Ward's inventory by linking specimens purchased from Ward's to the original catalogues and manuscripts. 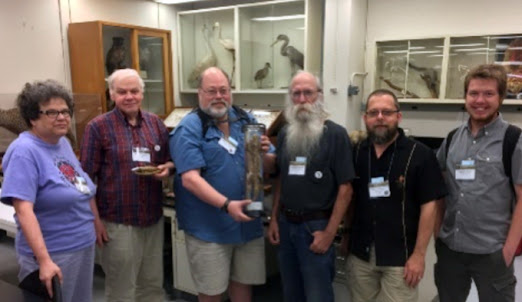